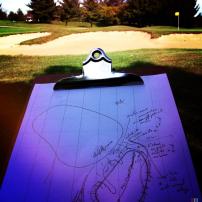 Plans are underway to remodel the bunkers on the North Course at Pebble Brook Golf Club, Noblesville, Indiana.

My history with Pebble Brook Golf Club goes back to the 1970’s.  As a young man, I worked in the pro shop for three summers beginning in 1973, when I was fifteen years old, and my parents had to drive me to work.  The first year, the golf professional was Ken Rynerson and the original 18 hole golf course was owned by John Dugan.  The next year, Eldon Palmer bought the golf course and hired Red Pitney from Tipton Golf Club as the golf professional.  I worked for Red for the next two years.  Red was an interesting gentleman – gruff and grumpy as the day is long, yet loyal as could be to his friends and co-workers.  He had an interesting history.  I remember him telling me about playing with Bobby Locke when Red played the professional golf tour!  He showed me how Locke putted with a hooked putter face and a sort of downward stroke that ran into the ground.  Those summers were formative for me as I learned about the game of golf as a business and as a player.  Over the years, I continued to play at Pebble Brook Golf Club, casually and in events.

In 1986, Red contacted my father Gary and I to design a new eighteen hole golf course on property north of the existing eighteen hole golf course.  This plan was to use the new north golf course as a venue for outings and as a club type golf course, that was public.  Yes, Red was well ahead of the curve with this concept.  The golf course was constructed under difficult conditions as a serious drought enveloped the area.  And, the golf course was constructed on ground of a somewhat restrictive shape and limited acreage.  The golf course we came up with was both fun and challenging, and it is to this day.  To combat the narrowness of the playing corridors, a tree planting program was initiated by Eldon’s wife, Elaine.  Elaine and I spent many hours locating where to plant specific species of trees, and the plan really paid off.  Pebble Brook’s North Course is now a beautiful parkland golf course.

Today, the bunkers on the golf course are in need of attention after nearly thirty years of play.  They have lost much of their original character of grass faced mounds forming the bunkers.  So, we are embarking on a plan to remodel the bunkers to ensure their viability for another thirty years.  The new bunkers will be grass faced and feature simple geometric shapes that blend into existing features and the surrounding topography.  I look forward to writing about the progress of construction and sharing photographs here on the website.  Brad Mays, PGA Professional and Director of Golf will be managing the project.

(Part of Pebble Brook’s North Course, prior to bunker remodeling) 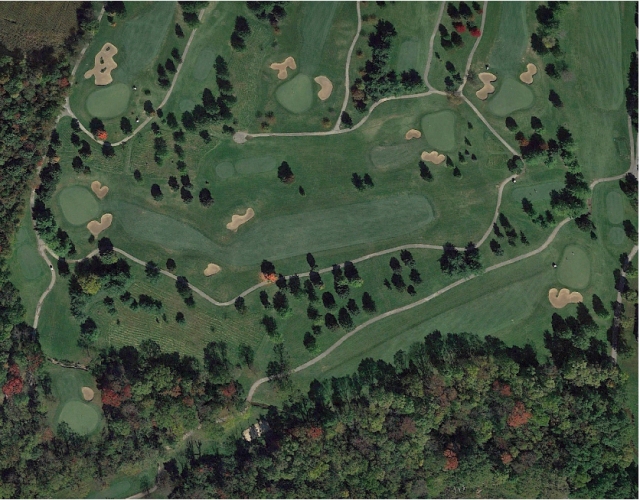